Labour and the Wage: A Critical Perspective 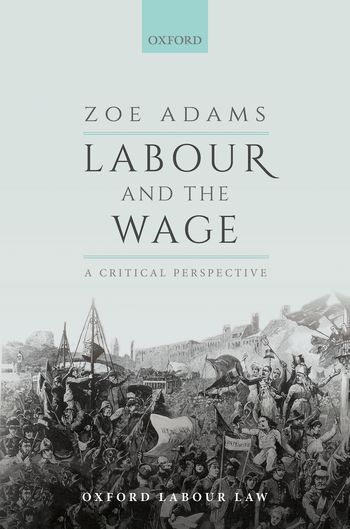 Labour and the Wage: A Critical Perspective offers a new perspective on why labour law struggles to respond to problems such as low pay and under-inclusive employment. A Marxian-inspired ontological approach sheds new light on the role of labour law in a capitalist economy and on the limitations and potential of labour law when it comes to bringing about social change. It illustrates this through the lens of the wage.

The book develops a legal genealogy that explores the shifting portfolio of concepts through which the wage has been conceptualized in legal discourse as capitalism has developed. This exploration spans from the Norman Conquest to the present day, and covers diverse issues such as the decasualization of the docks, sweated labour, the truck system, tax-credits, tips, and minimum wages. Labour and the Wage provides one of the most in-depth and comprehensive analyses of the wage to date, while, at the same time, shedding new light on the contradictory role, or function, of labour law in the context of capitalism.

Contents:
Introduction
1: An Ontology of Capitalism
2: Legal Form
3: The Wage
4: The Emergence of the Wage
5: Wages, Salary and Remuneration - Towards a Social Wage
6: The (Return of the) 'Market Wage'
7: The Statutory Minimum Wage
8: Mutuality of Obligation and the Social Wage
9: Conclusion
Bibliography
Official Publications