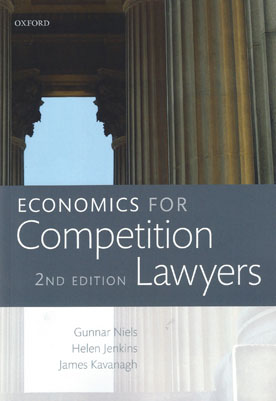 Competition law is rooted in economic theory, and economics provides many of the standard tools often applied in competition investigations. As a result, a strong foundation in economics is an invaluable asset for practitioners in this area of law.

It covers all major topics in competition law where economics is relevant: the core themes of market definition, market power and dominance, mergers, and anti-competition practice, as well as less familiar but important areas such as state aid, remedy design and damages. Topics are introduced by posing compelling questions based on real cases from around the world.

The new edition has been updated to include important recent developments in competition law, and new economic approaches.