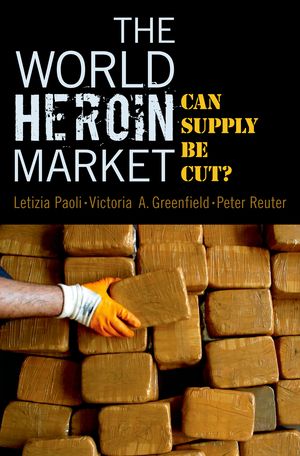 During 2000-1 in Afghanistan, the Taliban achieved a longtime goal of national and international drug policy agencies: a large, sudden, and unanticipated reduction in world opium production. This cutback provides an unprecedented opportunity to study the dynamics of the world opiate market and ask whether further interventions could effectively reduce the flows of drugs. Based on an extended, multi-national study, the authors construct a new model for the trafficking of drugs and revenues and offer the first account of the world market in heroin and other illicit opiates during and after the 2001 ban.

The authors' broader findings demonstrate how robust production, trafficking, and consumption combine to make successful long-term interventions on the supply-side rare exceedingly difficult, though specific policies can impact the organization and behavior of markets. For reductions in both production and consumption, where the cultivation of opium is entrenched in the normal life and legitimate economy of millions of people, international agencies and foreign governments must provide adequate and long-term support to foster both alternative development policies and law enforcement programs.

Contents:
Acknowledgements
1. Introduction
Part I: The Development, Composition and Behavior of the World Opiate Market
2. The Past as Prologue: The Development of the World Opiate Market and Rise of the International Control Regime
The Contemporary Market.
4. Did the Taliban's Ban Really Matter?
5. Keeping Track of Opiates Flows
Part II: Country Studies
6. Afghanistan and Burma: The Two Dominant Producers
7. India: Diversion from Licit Cultivation
8. Colombia: The Emergence of a New Producer
9. Tajikistan: The Rise of a Narco-State
Part III: Policy Analysis and Implications
10. The Theoretical and Practical Consequences of Variations in Effective Illegality
11. Synthesis of Findings and Lessons for Policy Making
Appendices
Notes

Governing Through Crime: How the War on Crime Transformed American Democracy and Created a Culture of Fear
Jonathan Simon
ISBN 9780195386011
Published May 2009
Oxford University Press
£20.99