Rough Justice: The International Criminal Court in a World of Power Politics 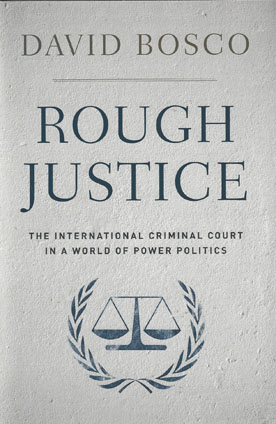 The Nuremberg trials after World War II constituted a landmark in the development of international criminal justice: presided over by jurists from the victorious powers, it set new standards for defining international war crimes.

Set in motion shortly after the creation of the United Nations, the courts seemed to point toward a future in which the international community could more effectively prosecute crimes against humanity and advance the cause of justice and the rule of law throughout the world. However, the onset of the Cold War stymied all efforts to create an effective international criminal court. Neither the US nor the USSR was willing to face the possibility of being judged in a forum controlled by ideological adversaries.

Despite the lack of progress, the dream of the court lived on through the 1980s, and when the Cold War ended, a new opportunity arose. After the UN's creation of temporary courts during the Balkan wars of the early 1990s, a powerful grassroots movement championing a permanent international criminal court emerged. Facing stiff resistance from the US and other powerful states, the movement triumphed against great odds.

The court was established in 2002, and it now has the support of over 100 states (but not the US). The US opposes it outright and the Russians and Chinese are skeptical of it for a simple reason: as the most powerful states, they have no intention of surrendering jurisdictional authority over their own citizens to lesser powers. As a consequence, the court has faced numerous setbacks, and many have questioned whether it has any real power at all. It has ended up focusing its energies on pursuing war criminals in weak states, typically in Africa.

It is now caught on the horns of a dilemma: to pursue justice, it does what it can where it can, but it cannot actually prosecute figures in powerful states. Russia will never surrender troops who may have acted badly in Georgia, and America is not about to hand over soldiers who killed civilians in Afghanistan. Yet the court has had some minor successes, and we should remember that it is still in its very early days. As the years pass, its jurisdictional authority may expand, and the norms that it advances may achieve the status of common sense. Time will tell.

In Rough Justice David Bosco tells the story of the movement to establish the court and its tumultuous first decade. He also considers its prospects for the future, especially the very real challenges that it faces. This is an authoritative account of an international institution that is prototypical of the post-Cold War era.