Liberal Self-Determination in a World of Migration 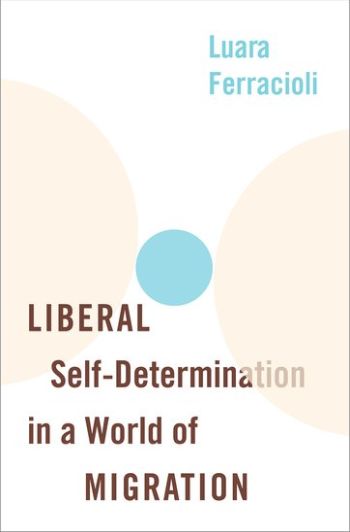 Luara Ferracioli here focuses on three key questions regarding the movement of persons across international borders: What gives some residents of a liberal society a right to be considered citizens of that society such that they have a claim to make decisions with regard to its political future? And do citizens of a liberal society have a prima facie right to exclude prospective immigrants despite their commitment to the values of freedom and equality? Finally, if citizens have this prima facie right to exclude prospective immigrants, are there moral requirements regarding how they may exercise it? The book therefore tackles the most pressing philosophical questions that arise from immigration: the questions of who can exercise self-determination, and why they have such a right in the first place.