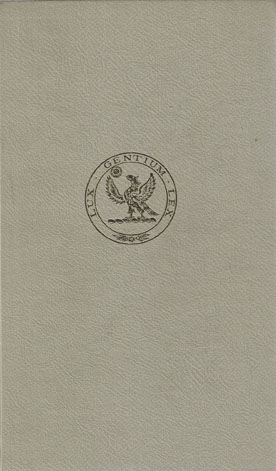 Although this is, in line of descent, the twelfth edition of Mayne on Damages it is, nevertheless, a new treatise, owing little to Mayne but a name on the title-page and an occasional sentence in the text. The present work is different in arrangement, different in scope, substantially larger in execution, but, above all, modem in presentation.

Mayne was undoubtedly the starting point, but this work has arrived at a different destination. For example, the present work has been restricted to its true sphere-claims in respect of torts and breaches of contract. Moreover, it is now concerned only with the award of damages, and not with the question of whether liability exists or not.

Possibly the most impressive tribute which can be paid to Mr. McGregor's work is that one immediately wonders how Mayne in the traditional form could have been regarded as satisfactory for so long.

'Mayne on Damages has for many years been a standard book, but its later editions were undoubtedly out of touch with modern changes. The new editor (or rather, author) has, quite rightly, re-written the whole book from start to finish, so that, although it inherits the name, it is a new work. This has obviously involved considerable work and care . . . the task has been carried out very well, and this large volume (nearly 900 pages of text) will take its place as a work of reference.' The Law Journal