This book is now Out of Print.
A new edition has been published, the details can be seen here:
The International Law of the Sea 2nd ed isbn 9781782256847

The International Law of the Sea 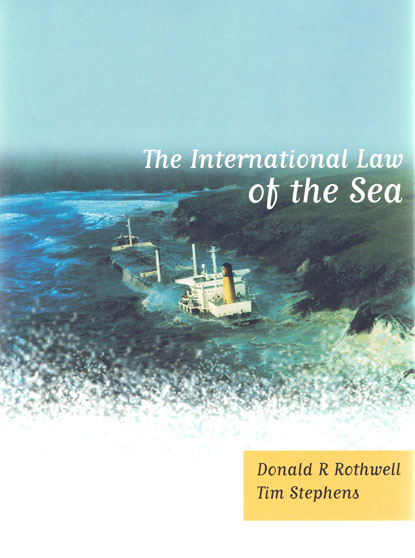 The law of the sea provides for the regulation, management and governance of the ocean spaces that cover over two-thirds of the Earth's surface.

This text provides a fresh explanation of the foundational principles of the law of the sea, a critical overview of the 1982 United Nations Convention on the Law of the Sea, and an analysis of subsequent developments including the many bilateral, regional and global agreements that supplement the Convention.

The book takes as its focus the rules and institutions established by the Law of the Sea Convention and places the achievements of the convention in both historical and contemporary context. All of the main areas of the law of the sea are addressed including the foundations and sources of the law, the nature and extent of the maritime zones, the delimitation of overlapping maritime boundaries, the place of archipelagic and other special states in the law of the sea, navigational rights and freedoms, marine resources and conservation issues including fisheries, marine environmental protection, and dispute settlement.

As the Convention is now over a quarter of a century old the book takes stock of contemporary oceans issues that are not adequately addressed by the convention. Overarching challenges facing the law of the sea are addressed including how new maritime security initiatives can be reconciled with traditional navigational rights and freedoms, how declines in the health of marine ecosystems can be addressed through new and strengthened legal regimes, and how the law of the sea can regulate ocean space in the Polar regions as global warming opens up new possibilities for resource exploitation.